Anzac Day 2019: WW2 Commandos inspire us to give back to Timor

The fascinating story of the Australia's first commandos... and why we donated $500 to the people of Timor

Ever heard of 'Sparrow Force' or '2nd/2nd Commandos' ?

These were the first Australian Troops to halt the Japanese advance in WW2, months before the Kakoda Campaign in New Guinea.

Twelve hours after they bombed Darwin, February 1942, the Japanese landed 5,000 troops on the island of Timor.

Among the Australian 2/2 Commando troops already in Timor, around 270 survived the initial invasion and evaded capture. These troops continued a year-long guerilla war campaign that fought the Japanese to a standstill and inflicted casualties on the enemy that far outnumbered their own small force.

As a result, the Japanese were forced to station up to 10,000 men in Timor - troops that would otherwise have been sent to New Guinea and could well have tipped the balance against Australia and the Allies in the grim Kakoda battle.

These men were among the first Australian soldiers to be trained in guerilla warfare, and the first to successfully practice it.

When the Japanese invaded Timor, the Australian commandos (based in the mountains outside Dili) had no idea the Japanese troops had arrived.

The morning after the invasion, 15 Commandos drove down to Dili in a truck to pick up supplies. The Australians were ambushed by the Japanese and captured.  The Japanese proceeded to execute 4 men (plus another 11 men later that day). Included in the 4 was Keith Hayes who miraculously survived, despite bullet and bayonet wounds.

Mr Hayes was sheltered and nursed back to health by a local woman, Ms Berta Martins, who lived in a village near Dili.

"You could never repay them"

The actions of Ms Martins was typical of the Timorese people.

Mr Hayes said all the men in the second-second owed their lives to the Timorese; "You could never repay them, if it hadn't been for them none of us would have come back. At any moment, if they had turned [betrayed us], we would not have lasted a week up there."

Following the Australian withdrawal in February 1943, many Timorese continued the guerilla campaign against the Japanese.

Becuase of their resistance and support for the Australians, the people of Timor paid a heavy price. Tens of thousands of Timorese civilians died as a result of the Japanese occupation, which lasted until the end of the war in 1945.

Inspired by their selfless support of our troops in WW2...  we went looking for a charity that supports the people of Timor and found Maluk Timor.

Established in 2006, Maluk Timor is an Australian registered charity motivated to advance primary healthcare in Timor-Leste. "We address Timor-Leste’s greatest health challenges; diseases that we have the power to prevent and treat today but still cause death and disability in a country less than an hour from Australia’s shores."

Coming up to another Anzac day, we felt that there was no better time to do something for the Timorese people.

Please help us spread the word about Maluk Timor and their fantastic work!  Visit www.maluktimor.org to learn more, or to make a donation. 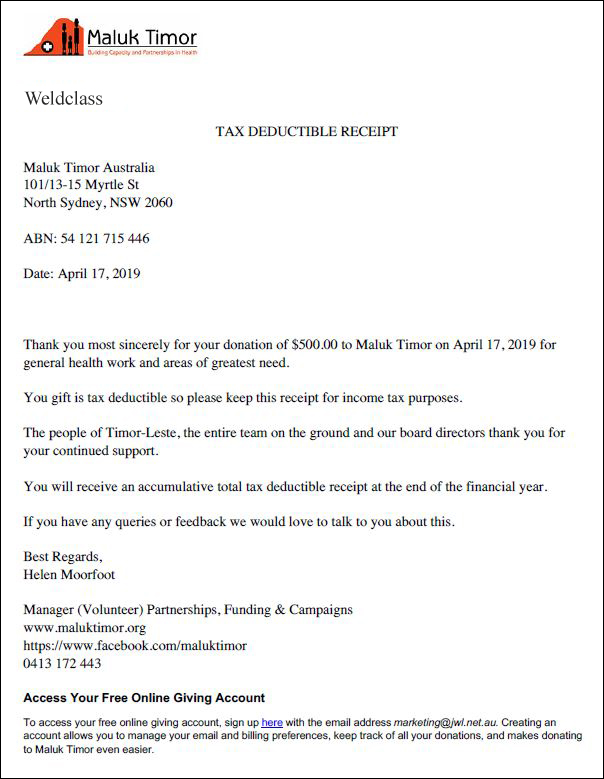 Please note: Spam comments (or attempts to create backlinks) will be DELETED and will NOT be published.